Stephen Walter: London Subterranea - The map was specially commission by the London Transport Museum for their 2012 Mind the Map Exhibition, to coincide with the 150th anniversary of the London Underground. For this work Walter has charted the buried rivers, tube lines, bunkers, sewers, government tunnels and other subterranean secrets of London. ‘Mapping London’ exhibition as part of the Totally Thames Festival - It is the work of Daniel Crouch Rare Books and includes London maps spanning over 500 years. It includes the earliest map of London ever printed from the 16th century, right up to maps from the present day, such as Stephen Walter’s 2012 creation ‘Subterranea’, showing the sewers, tubes, underground rivers and burial grounds that lie under the city. 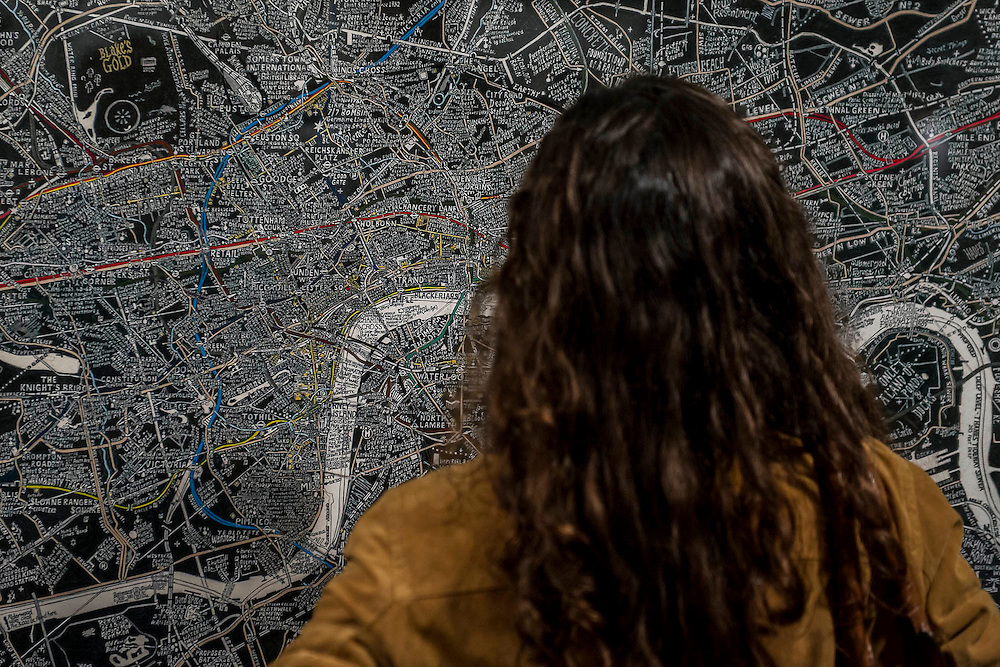