Louie Spence and Jamie Laing are held by Terry Hollands, British strongest man, as they try to tackel him. Training starts for inaugural RUGBY AID 2015 charity match which takes place on Friday 4th September 2015 at the Twickenham Stoop. The celebrity charity game will be in aid of RUGBY FOR HEROES of which Mike Tindall MBE is Patron. The charity raises funds and awareness through the sport of rugby, the fan community and the wider professional player network, to support military personnel who are making the transition back from military service to civilian life. The teams (England v’s Rest of the World) include former international rugby players, celebrities and serving members of the armed forces. Harlequins Rugby , The Stoop, Twickenham, London UK, 02 Sept 2015 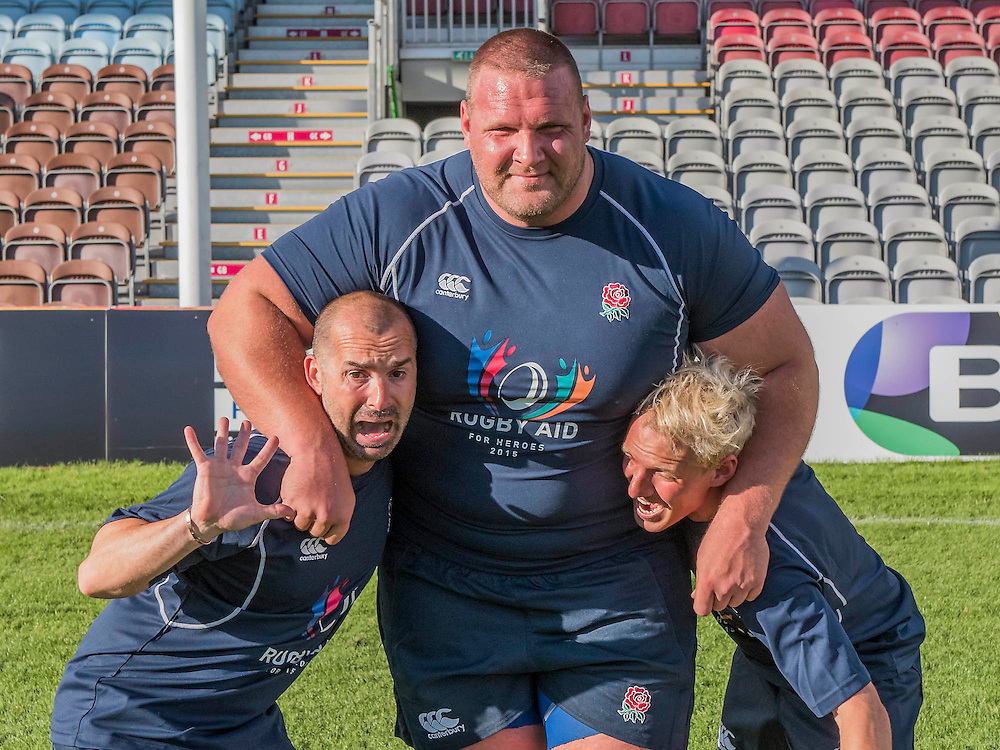