Chef D'orchestre 1966 which will be the centrepiece in a live musical performance in the Turbine Hall - Alexander Calder: Performing Sculpture. Calder was one of the truly ground-breaking artists of the 20th century and as a pioneer of kinetic sculpture, played an essential role in shaping the history of modernism. Alexander Calder: Performing Sculpture brings together approximately 100 works to reveal how Calder turned sculpture from a static object into a continually changing work to be experienced in real time. Highlights include: One of Calder’s largest mobiles Black Widow 1948, which has never been shown in the UK before; Seven of Calder’s influential panel works, which are being shown together for the first time; A selection of Calder’s early wire portraits, which include those representing illustrious figures such as Joan Miró, Edgard Varése and Fernand Léger; and recently restored works which haven’t been shown for decades, including Acrobats 1929. The exhibition is at Tate Modern from 11 November 2015 - 3 April 2016. 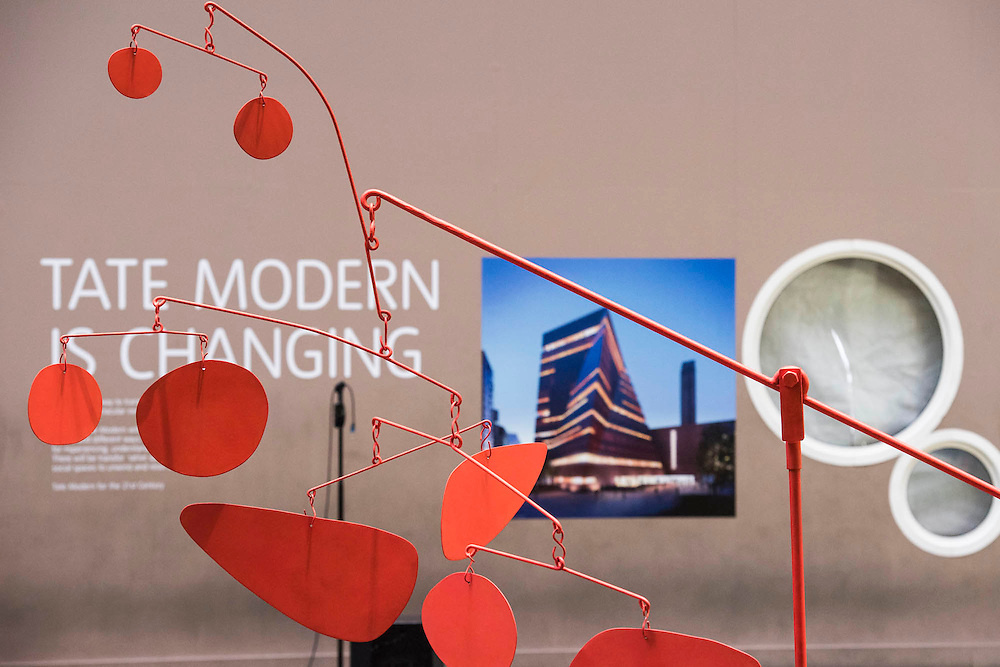