Families support the No2 dirtry air campaign and legal challenge to the government - A perfect summers day for the Campaign against Climate Change's backwards march – on the governments first anniversary in power the protestestors wanted to highlight their belief that clean energy technology has been sidelined in favour of a ‘dash for gas, insulation cut and fracking, roads and runways pushed through despite strong local opposition’. They walked backwards from Traflagar Square, down Whitehall, ending at the DoH. 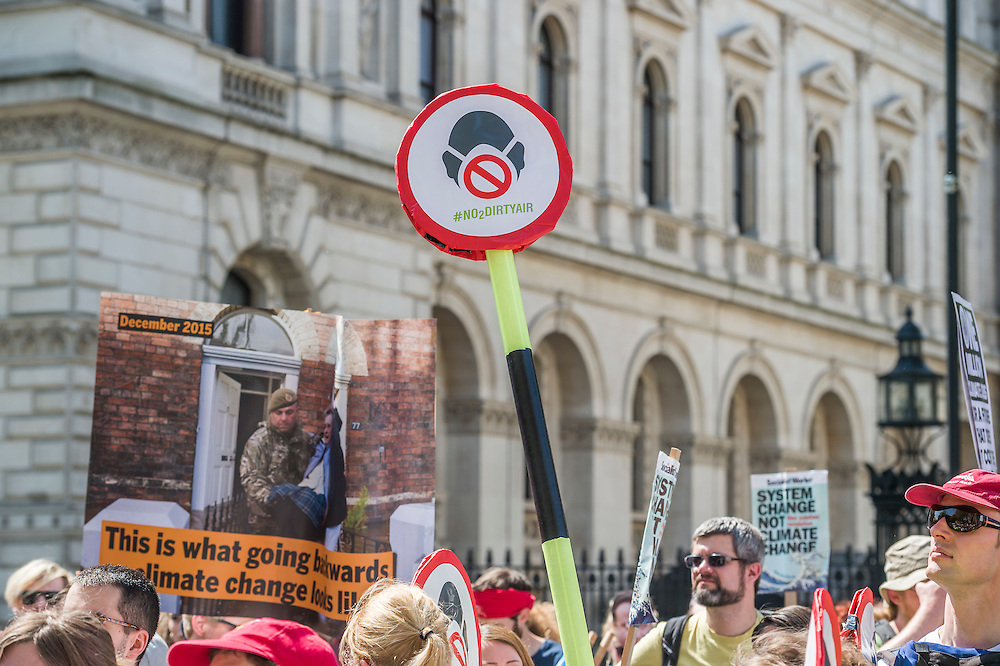