Sophie Ristelhueber’s aerial views of the desert landscape of Kuwait after the first Gulf War. Conflict, Time, Photography, a new exhibition at the Tate Modern - showcasing the unique ways photographers look back at moments of conflict, from the seconds after a bomb is detonated to 100 years after a war has ended. It includes: renowned photographers Don McCullin, Kikuji Kawada and Taryn Simon; Luc Delahaye’s large-scale image of the US bombing of Taliban positions in Afghanistan, showing a cloud of smoke rising from the battlefield; Hiromi Tsuchida’s large-scale photograph of a watch stopped at the moment the atomic bomb fell on Hiroshima in 1945; The Archive of Modern Conflict’s colourful and chaotic new installation, bringing together war-related images and objects from around the world and across the past 100 years; and Chloe Dewe Mathews’s haunting landscapes photographed at dawn, showing the places where British soldiers were executed for desertion and cowardice in the First World War. The show runs from 26 November 2014 – 15 March 2015. Tate Modern, London, UK 25 Nov 2014. 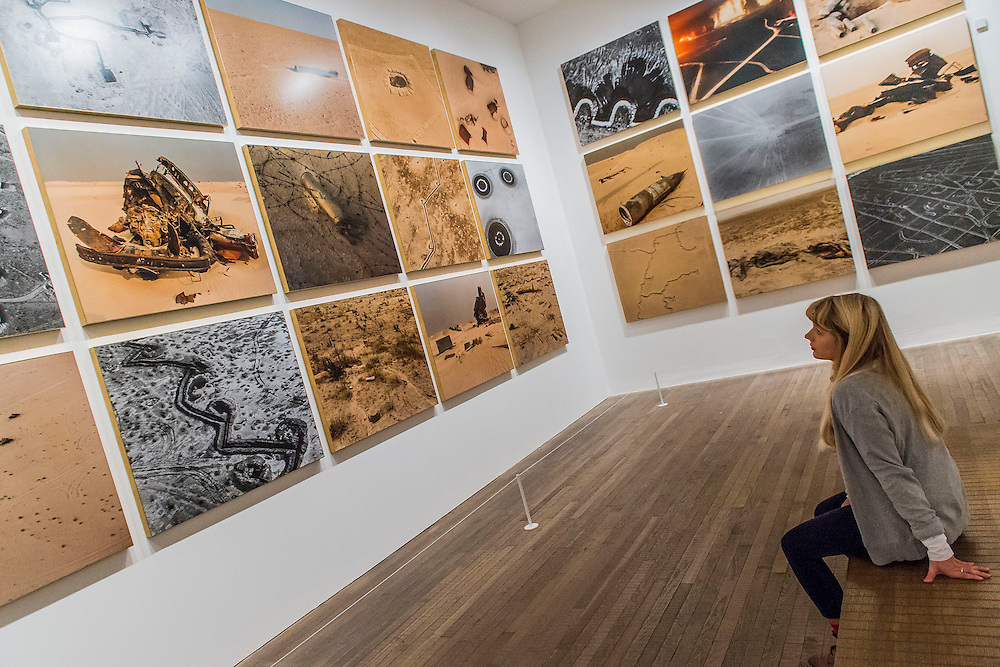