Bowlers are removed in salute as the march passes the memorial - The Combined Cavalry OCA Parade, Hyde Park. More than two thousand cavalrymen march in a mixture of uniforms or suits with bowler hats (for officers only) and furled umbrellas creating a quintessentially British scene. It is the 93rd Annual Parade and Service of The Combined Cavalry Old Comrades Association at the Cavalry Memorial adjacent and the Bandstand in Hyde Park. Field Marshal Baron Guthrie GCB, LVO, OBE, DL Colonel The Life Guards and Gold Stick took the salute at the march past for both serving and former soldiers of all the Regiments of Regular Cavalry and many Yeomanry Regiments. 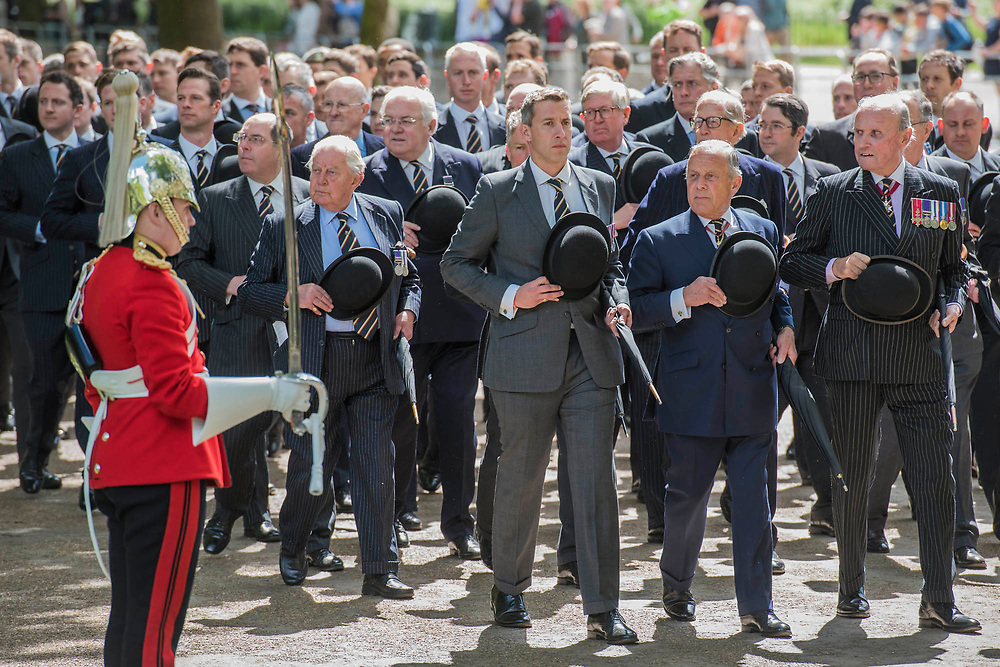