Tillman with Book covers, magazine spreads etc in room 9 - Wolfgang Tillmans: 2017. Tate Modern’s new exhibition. Highlights include: large scale photographic works printed especially for this exhibition, including the four-meter tall Weed 2014 and dramatic seascapes such as The State We’re In, A 2015; New ‘text and table’ sculptures including Time Mirrored 3 2017, on display to the public for the first time; and slide projection Book for Architects 2014. The show is at Tate Modern from 15 February to 11 June 2017. 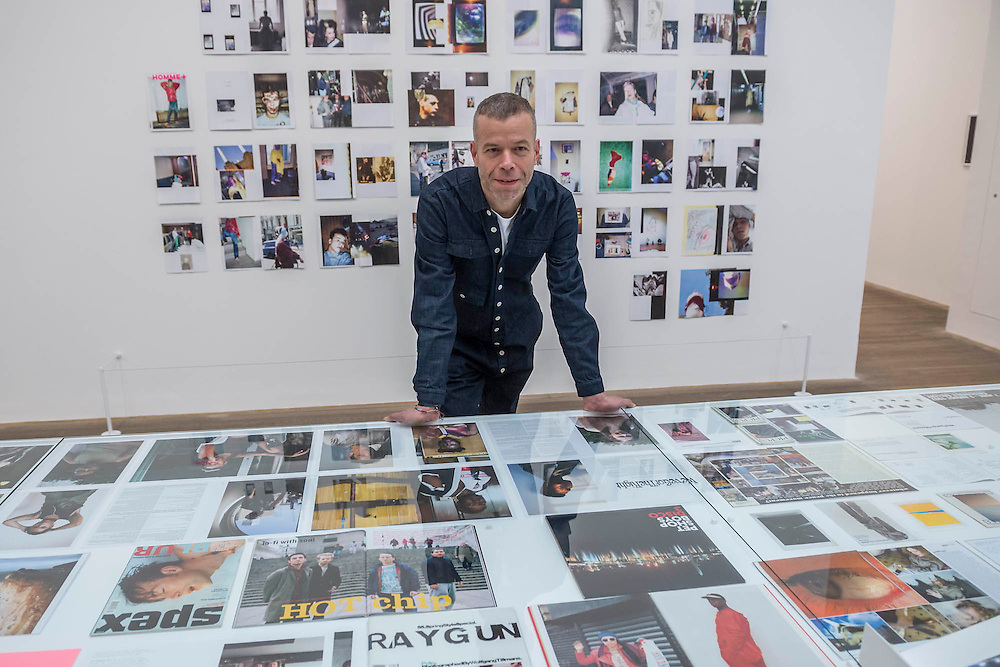