Sir William Reynolds-Stephens’ A Royal Game 1906-11 - Sculpture Victorious at Tate Britain. The Victorian era was a golden age for sculpture. Sculpture Victorious pays tribute to the great sculptors of the time and showcases lavish works produced in the period, from a brightly coloured ceramic elephant that stands just under seven feet tall to sumptuous jewellery from Chatsworth House. Highlights include: Sir William Reynolds-Stephens’ A Royal Game 1906-11. A 2.4 metre high sculpture depicting the struggles between Elizabeth I and Philip of Spain as a game of chess; Thomas Longmore and John Henk’s Elephant 1889. The imposing sculpture, made from painted earthenware is one of the most technically sophisticated ceramic objects ever attempted, showcasing industrial craft at its most artful and ambitious; and James Sherwood Westmacott’s exquisitely detailed electroplated Baron Saher de Quincy, Earl of Winchester 1854, specially removed from the Houses of Parliament for the first time for this exhibition.

Salt and Silver: Early Photography 1840-60 is also be opening on the same day, displaying rarely seen salt prints - one of the earliest forms of photography. 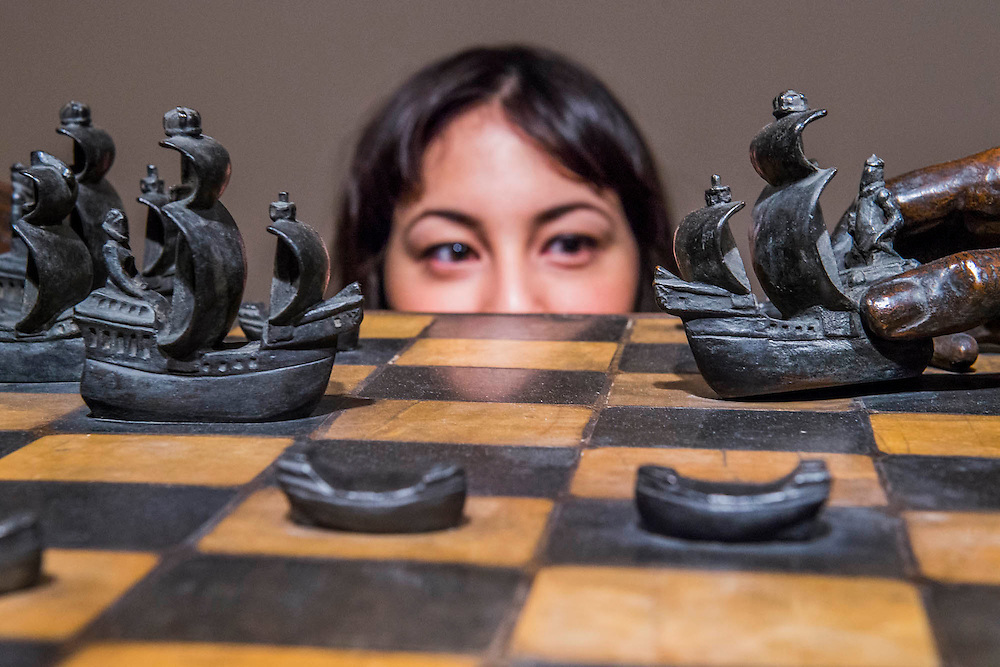