A big screen shows images from historic marches in Trafalgar Square - A CND led national demonstration to protest against Britain's nuclear weapons system: Trident. They state - "The majority of the British people, including the Labour leader Jeremy Corbyn, oppose nuclear weapons. They are weapons of mass destruction, they don't keep us safe and they divert resources from essential spending." The march from Hyde park to Trafalgar Square was supported by Friends of the Earth, the Green party, Greenpeace, the PCS Union, the Quakers, the Stop the War Coalition, War on Want amongst amny others. 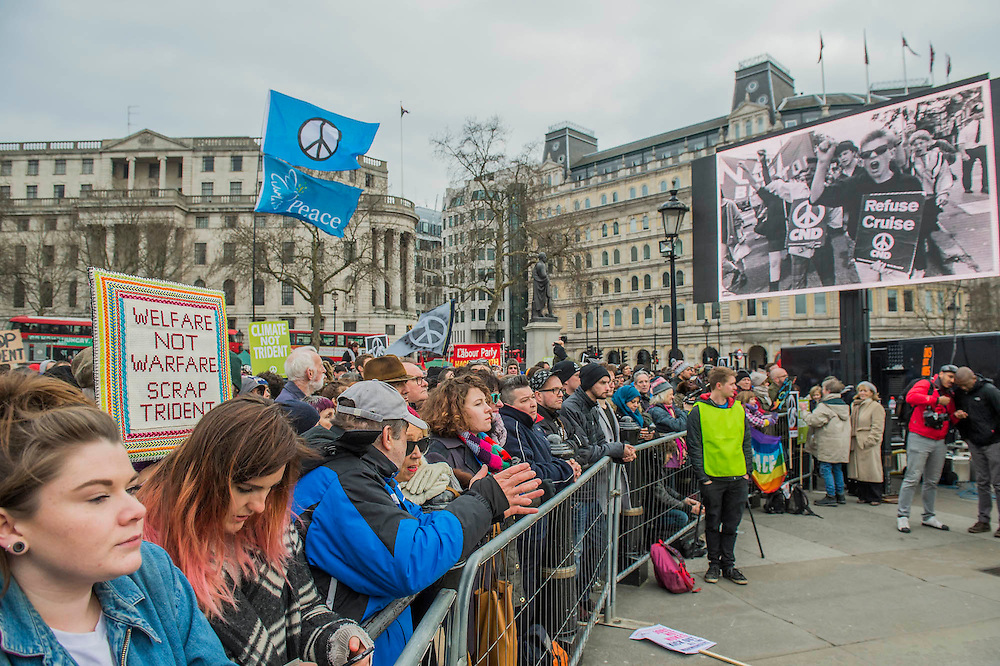