Peter Kent, 90 Royal Navy, show off his boxing skills - Second World War Veterans, Reg Wilderspin (89) and John Cuthbert (92), and serving Guardsmen on Horse Guards Parade Ground to highlight Royal British Legion events on Victory in Europe (VE) Day. The Legion is also announcing that veterans and their carers will receive funding towards attending the event on the weekend of the 8-10th May. 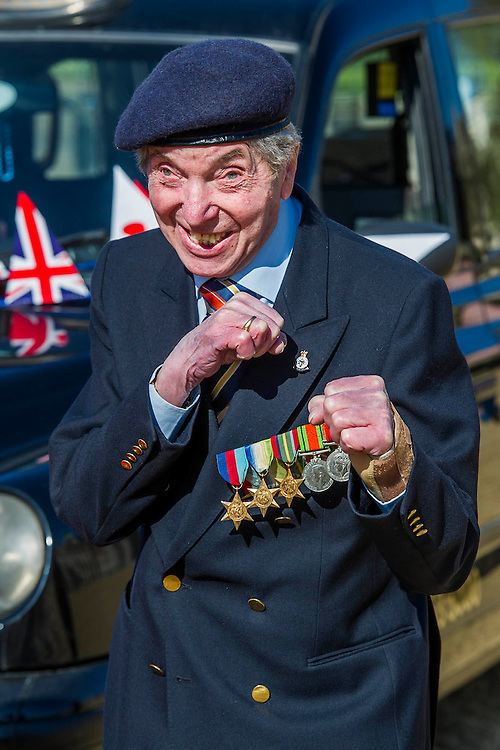