Bipedal Walker, built by David Buckley and the Shadow Robot Project Group, 1987–97. One of the first robots outside of Japan to wobble forward on two legs, this robot was built by a visionary group of amateur roboticists in London. Their aim was to create a robot that could walk by falling forward and catching itself – just like a human. Though it only took a few small steps, the Bipedal Walker could keep its balance by using information from its sensors to tense or relax the 28 artificial muscles in its
legs - The Science Museum’s new Robots exhibition, opening in February 2017, will explore this very human obsession to recreate ourselves, revealing the remarkable 500-year story of humanoid robots. Featuring a unique collection of over 100 robots, from a 16th-century mechanical monk to robots from science fiction and modern-day research labs, this exhibition will enable visitors to discover the cultural, historical and technological context of humanoid robots. Visitors will be able to interact with some of the 12 working robots on display. Among many other highlights will be an articulated iron manikin from the 1500s, Cygan, a 2.4m tall 1950s robot with a glamorous past, and one of the first walking bipedal robots 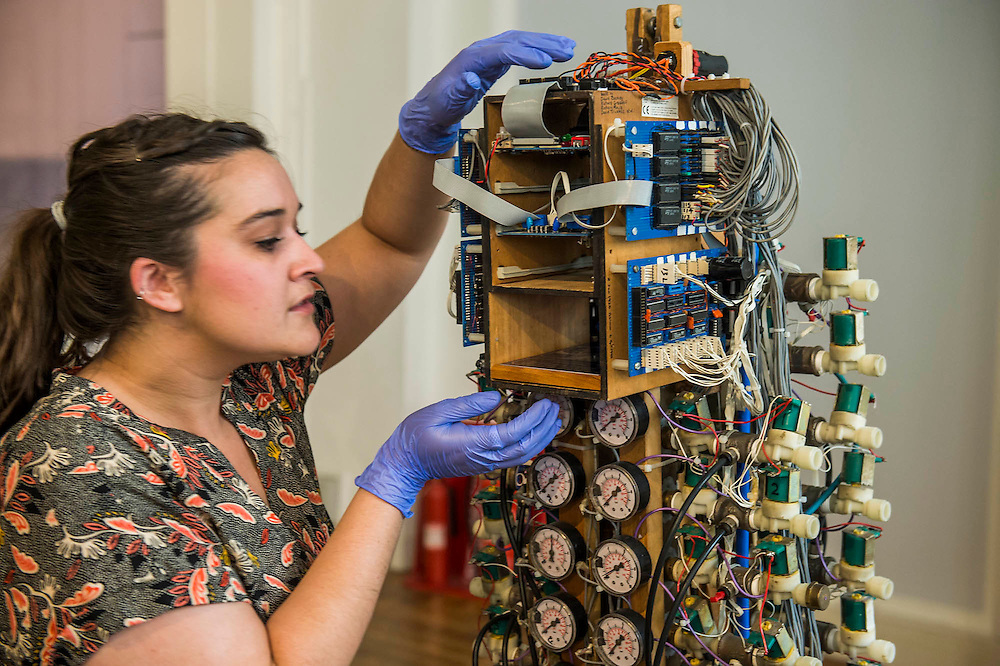