Wearing a mask against pollution and a picture of Karla Roman in remebrance - Stop Killing Cyclists stage a die-in to remember Anita Szucs, 30 and Karla Roman, 32 (both killed while cycling on Monday), and Ben Wales, 32. They are demanding investment in cycling and walking in the hope that it rises to 10% of the UK transport budget by the end of this parliament. They also point out that air pollution is poisoning millions of people in the UK and road danger means most people do not feel safe cycling on UK roads - meaning they miss out on healthy exercise and compounding a health disaster which the NHS will struggle to afford. They met outside the National Gallery and moved to the Treasury, Horse Guards Parade for protest. 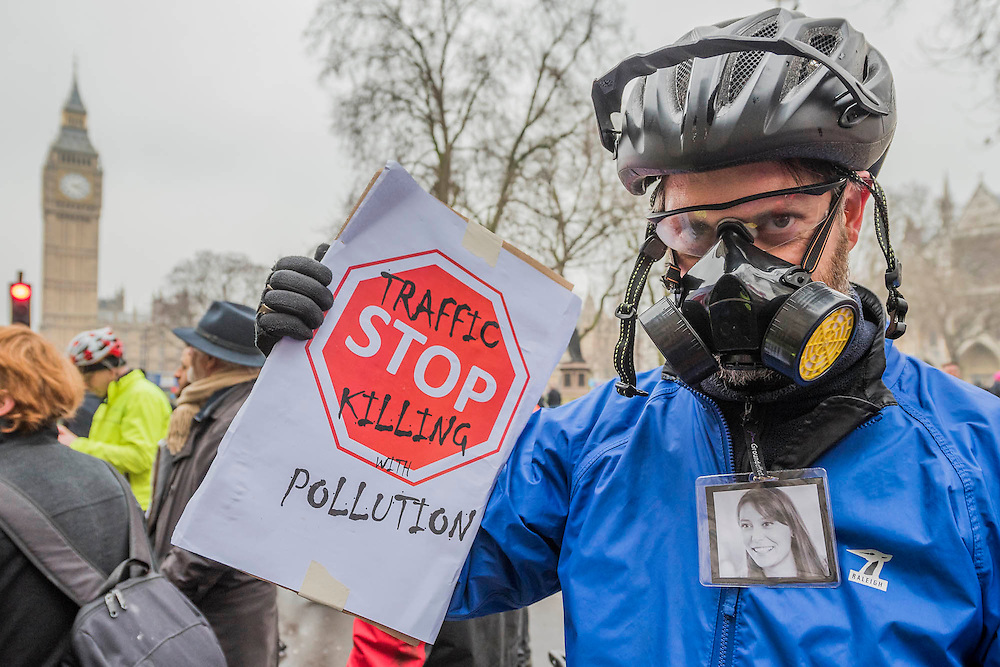