A boy is puzzled by Ecce Homo - Kate Allen, Director of Amnesty International UK, helped by Canon Mark Oakley (Chancellor of St Paul’s Cathedral), installs Mark Wallinger’s ‘Ecce Homo’ statue at St Paul’s Cathedral. The life-size sculpture shows the figure of Jesus Christ and was the first artwork to be shown on Trafalgar Square’s fourth plinth in 1999.Mark Wallinger, who won the Turner Prize in 2007, said: "This vulnerable figure will stand at the top of the steps outside the entrance to St Paul’s Cathedral as we approach Easter to highlight the plight of people around the world who are imprisoned and whose lives are threatened for speaking the truth, and for what they believe.” 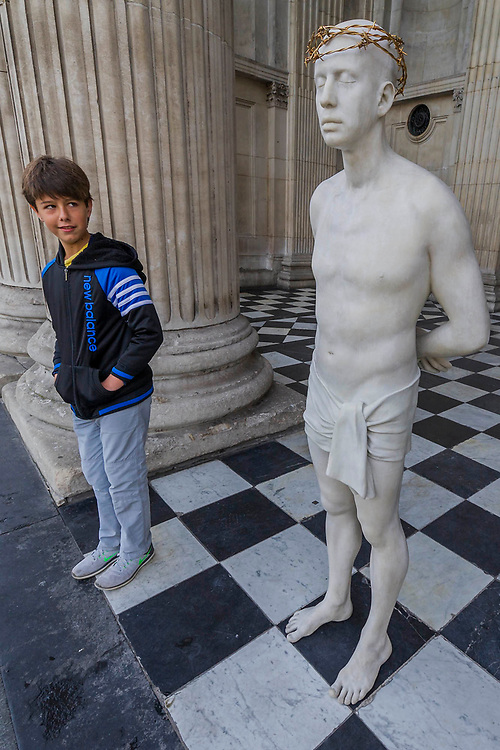