Trevor Paglen & Jacob Appelbaum Paglen Autonomy Cube 2014 and in the background, Amalia Ulman Excellences & Perfections (Instagram Update, 20th June 2014) 2014 - Electronic Superhighway (2016-1966) at the Whitechapel Gallery opens on 29 January to show the impact of computers and internet technologies on contemporary art. The exhibition brings together over 100 works including film, photography, interactive works, painting and drawing by over 70 artists. Arranged in reverse chronological order, the exhibition begins with works made at the arrival of the new millennium, and ends with artefacts from Experiments in Art and Technology (E.A.T), an iconic, artistic moment that took place in 1966. Highlights include: Internet Dream (1994) by Nam June Paik, ‘the father of video art’ - a video-wall of 52 monitors displaying electronically-processed images; New large-scale works by Douglas Coupland, author of ‘Generation X: Tales for an Accelerated Culture’, on show in the UK for the first time; Photographs from Amalia Ulman’s Instagram based selfie project Excellences & Perfections; and a wall covered in an image by artist Constant Dullaart of Jennifer in Paradise, the first picture ever to be manipulated using Photoshop (Taken by one of the creators of Photoshop on holiday in the 80s, it depicts his girlfriend on a tropical beach). 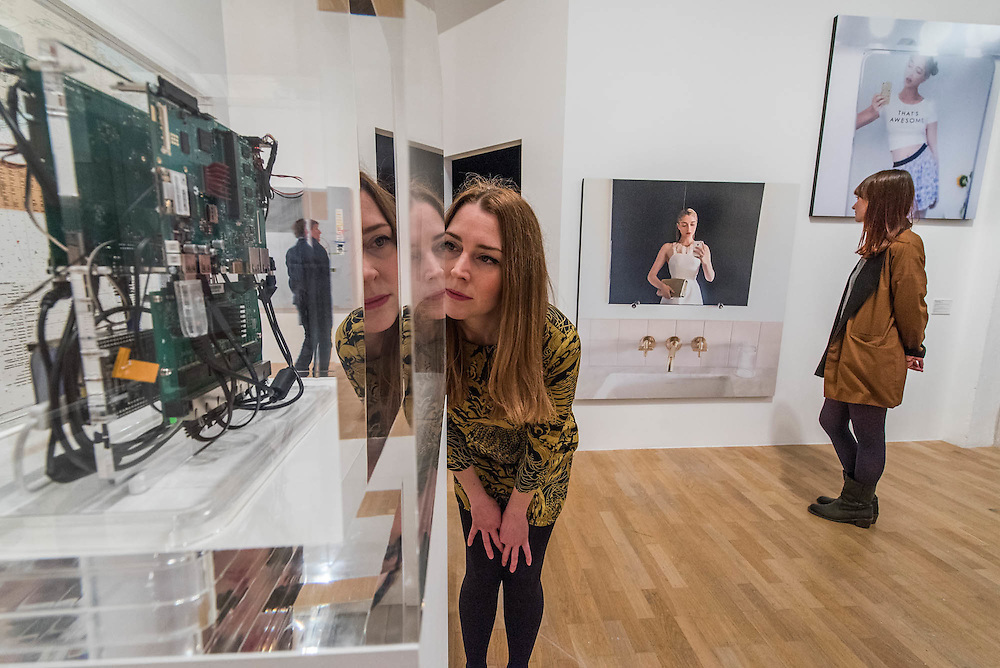