Heatherwick’s London 2012 Cauldron goes on display in a purpose built Museum of London gallery - The Cauldron, designed by the Heatherwick Studio (he is pictured on teh video screen), for the London 2012 Olympic Games included 204 unique copper elements, each alight and representing every competing nation. They were arranged in a concentric formation at the tips of slender mechanised steel stems. Slowly pivoting sequentially, they converged to form the Cauldron. 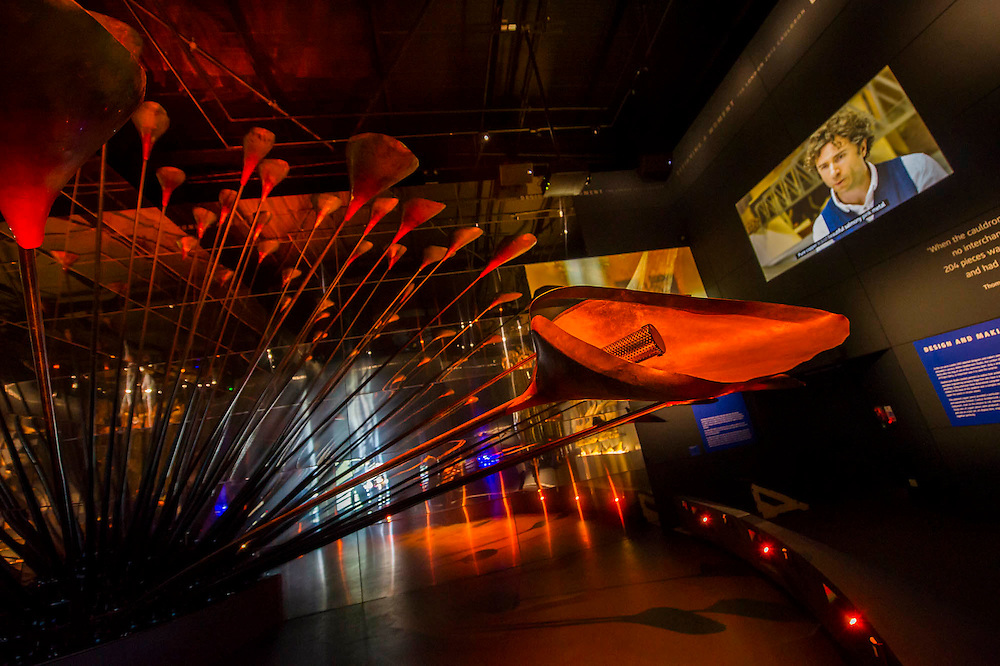